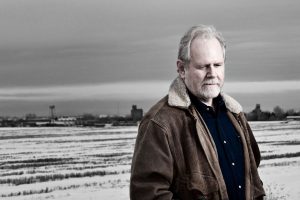 As composer, Montanan Philip Aaberg writes music that puts the listener smack in the New American West with all its bittersweet complexity. As world-class keyboardist, he stands virtually alone in his ability to go to the heart and soul of any musical style, sounding as if he were born playing that music and that music alone, still keeping his singular ‘voice’. In fact, it is all ONE MUSIC to him.

His musical career is as varied and expansive as the Montana landscape he calls home. His music discovers what is possible, breaking down boundaries between genres to create a sound that’s rooted in tradition but that’s not afraid to blend, experiment, and re-invent itself at every turn. Phil’s performances have consistently drawn standing ovations, leaving crowds dazzled by his dynamic, emotional range and captivated by his unique compositions and between-song repartee.

He finds devoted listeners among rock, country, new age, blues, jazz, and classical music fans, and his range of performances includes everything from solo piano concertos with the Boston Pops Orchestra to appearances with luminaries like Peter Gabriel Elvin Bishop, and John Hiatt. He tours and records in two duos: with slide guitar innovator Roy Rogers, and with master fiddler Darol Anger. Phil has been a guest on over two hundred albums, from multi-million selling pop and country to experimental jazz with bassoonist Paul Hanson. His album “Live From Montana” was nominated for a 2002 Grammy. In addition, his performance on PBS’s “All-American Jazz” was nominated for an Emmy