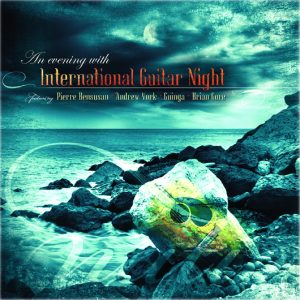 The International Guitar Night (IGN) is a forum for presenting the world’s most original guitar players/composers together in concert. Featuring solo performances and collaborations, every show highlights a diversity of cultural styles and techniques. The ultimate goal of the IGN is to awaken new audiences to the many possibilities of the guitar, as well as to foster a sustainable culture for original acoustic guitar music of all types. IGN is sponsored by Ryan Guitars, LR Baggs, Morris Guitars USA/Moridaira Music Japan, and Varig Airlines, and endorsed by Acoustic Guitar Magazine.

The IGN production, in conjunction with Herschel Freeman Agency, has staged many national tours in the finest performing arts centers throughout the United States and Canada.