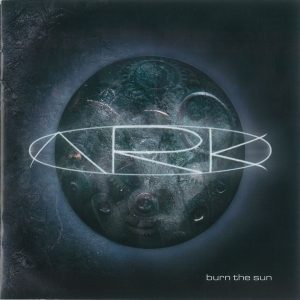 The birth of ARK can be traced back to 1990, where a friendship was struck between TNT drummer John Macaluso and Conception guitarist Tore Ostby. The two bands had shared rehearsal space in the town of Toten, Norway and after the break-up of TNT, the two musicians decided to begin a musical project that would satisfy both of their musical appetites. After an arduous search for the right vocalist, the right man came in the guise of Jorn Lande, who was singing for The Snakes (with Bernie Marsden &amp; Mickey Moody). Coming from commercial hard rock bands, the trio were consciously trying to create something very different. They decided they wanted to drop all commercial barriers and cliches and write whatever came naturally.

Their self-titled debut was eventually released in 1999 and was quite surprisingly received with praise by journalists around the world, since it was an album of great diversity. From the beginning, the band had felt it necessary to experiment and fuse all of their broad influences together. Hence their spirited debut displayed a dynamic sound that was based in hard rock but blended intricate rhythmical patterns with a vast melodic structure that appealed to a wide cross section of listeners.

Ark recently completed the recording of their second album at Area 51 Studios under the production helm of Tommy Newton. Entitled Burn The Sun, the new album takes the band a noticeable step further. Joining the line up are bassist Randy Coven (Steve Vai, Steve Morse) and keyboard player Mats Olausson (Yngwie Malmsteen). The addition of which helps to enhance the overall sound by keeping the unit tight but extremely flexible as they knock down musical boundaries. The new album is much more direct than its predecessor but is still a collage of expression and emotions – a reflection of the musicians’ personalities and state of mind.

Ark has once again experimented with many different styles, incorporating everything from eastern rhythms, Latin sections and classic rock influences using modern sound technology. All this while managing to retain a sound that is uniquely their own. There is a classic feel to the album that is progressive, but has a serious groove to it also. Burn The Sun consistently shows how versatile a band can be while maintaining a common vision and definitive sound.

The overall concept behind Burn The Sun tells of unrest and disturbance in the universal balance of our planet. Beginning at the Earth’s core, the music unfolds to encompass dry land, the sea, the creatures of the Earth, the sky, space and beyond. The band themselves describe part of the idea behind the album’s many themes: “When you think about it, you really can’t burn the sun – still we all try every day of our lives, pushing to get ahead, not taking notice of the people around us on a course or mission leading to the unknown. Always pushing toward a common goal, but sometimes that goal is an impossible one and some will die trying, trying to ‘Burn The Sun.'”